Richten Marlheit (usually referred to as Marlheit) is a minor character from the first season of the anime adaptation. He is the manager of the Milone Trading Company’s Pazzio branch and as such is a very shrewd and experienced merchant. Nevertheless, he provides crucial aid to Holo and Lawrence during the currency speculation incident at much risk to his company’s interests. When Holo defeats Chloe and the thugs sent by Medio Trading, she refuses to hand an unconscious Lawrence over to anyone but Marlheit himself for medical aid. After Lawrence receives part of his payment from the Medio/Milone Trading agreement in pepper and reunites with Holo (Lawrence believing she had left without saying goodbye) it is Marlheit who delivers the line "Spice and Wolf seem fitting enough to me."

Marlheit is last seen in Wolf and a New Beginning in the credits working on what is probably some form of a trade contract, although this could simply be stock footage added to the end of the season montage.

Marlheit is a middle-aged man with bespectacled blue-gray eyes and straight, medium-length blonde hair in a modified pageboy cut. Though he shares the occasional lengthy joke, Marlheit is generally calm and rational, especially when confronting a crisis. His success as branch manager is partly due to these traits. The main reasons, however, are his ability to read people and his willingness to take risks when appropriate, as exemplified when he decides to help Lawrence despite knowing Holo’s true nature. Though his primary concern is with the success of his company, he is not an apathetic man, as he more than empathized with Lawrence's concern over Holo's capture, and therefore satisfied both halves of his nature by concocting a plan in which he could both assist Lawrence and Holo while still covering his business interests. 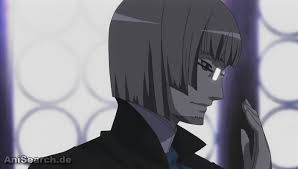 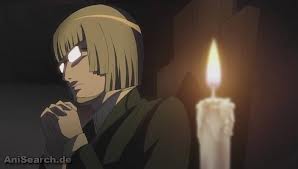 Add a photo to this gallery
Retrieved from "https://spiceandwolf.fandom.com/wiki/Richten_Marlheit?oldid=8400"
Community content is available under CC-BY-SA unless otherwise noted.